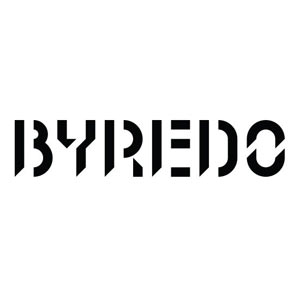 The company Byredo was founded by Ben Gorham in Stockholm in Sweden in 2006. Byredo focuses on quality and all their products are made in Sweden. Their current line includes perfumes and home fragrance, body care products and accessoires. Gorham, a heavily tattooed former basketball player obsessed with the power of scents since his adolescence, is the son of an Indian mother and a French-Canadian father who grew up in Sweden and, later, in Canada. He graduated from The School of Arts in Stockholm and met perfumer Pierre Wulff, who he convinced to reflect his ideas in fragrant creations, by chance. Byredo was launched shortly after and is now synonymous with fine fragrances.

Olivia Giacobetti and Jerome Epinette are the perfumers he now works with on the creation of his mostly unisex fragrances. Ben relies on his fragrant memories and experiences from his past that all the fragrances are based on. The perfumes are inspired by places, feelings or certain scents and smells that relate to them: Palermo for women from 2010 is inspired by the city of Palermo in Sicily. Bal d'Afrique's inspiration is the city of Paris in the 1920s and the Parisians fascination with African culture, art and music. Green, his first fragrance composed of notes of petit grain, sage, jasmine, rose, honeysuckle, violet, tonka bean, almond and musk, was inspired by Gorham's childhood memories of his father.

Byredo's fragrances have come to life thanks to Ben Gorham's immense creativity and his unique approach to designing a fragrance. He keeps the formulas simple and avoids too many notes that may clash. He prefers fragrances with rather fewer notes, because, according to him, their existence is justified.

Byredo currently trade from a stand-alone store in Stockholm and several concessions all over the world. The fragrances, designed for the tastes of niche perfume lovers, can be found at exclusive department stores and boutiques, e.g. at Liberty's in London and, where the fragrances are best-sellers, at Barney's in the USA.

Designer Byredo has 62 perfumes in our fragrance base. Byredo is a new fragrance brand. The earliest edition was created in 2008 and the newest is from 2021. Byredo fragrances were made in collaboration with perfumers Jerome Epinette and Ben Gorham.